There is nothing new in robots, for example. They have been helping build cars since General Motors installed one at its New Jersey plant in 1962.

The change today is not programming a robot to do a task but letting the robot learn from a human operator what to do, and learn more as it goes on, according to Otto Preiss, Group Senior Vice President at ABB, speaking at last month’s Tech XLR8, part of London Tech Week, at London’s Excel.

On top of that, the IoT is allowing factories to become more connected with sensors monitoring key elements in a machine’s behaviour, helping predict when it is likely to break down so maintenance can be scheduled to reduce the impact it has on production.

“Digital is affecting every part of the business value chain,” said Preiss. He said he also wanted to see the Amazon model of personal recommendations brought into an industrial setting.

“Let’s use Artificial Intelligence (AI) to generate sales recommendations for the sales guys,” he said. “We should not be thinking just about RoI but about what we can do. For that, vision is needed. It can be so exciting. Let’s not just go into another pilot project but look for the pain points and deal with them.”

Andrew Bennett, Worldwide Sales Leader for IBM Watson IoT, agreed, saying IoT was now coming out of the traditional hype cycles and companies were beginning to see it deliver real value. “Every company today is looking at massive amounts of data and trying to get competitive advantages out of that data,” he said. “This is allowing them to change their business models.” 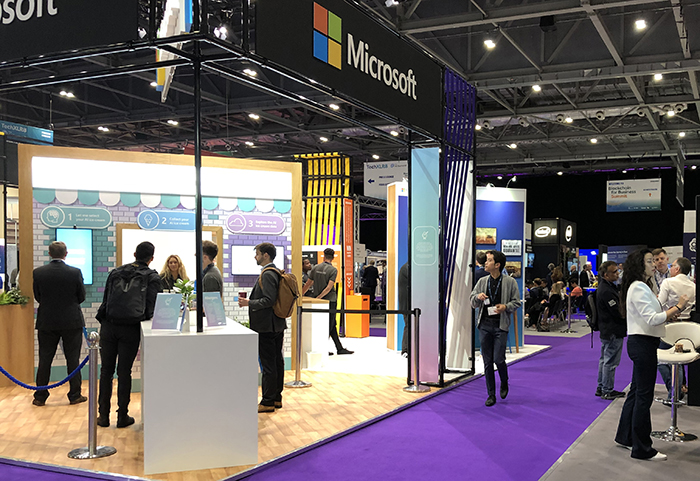 He did point out that these days anything that could be connected to the internet was being connected, whether it made sense or not. “Connectivity is changing almost every aspect of the way we do work,” he said.

Think of an engineer, he said, who is responsible for maintaining machines at a factory. Until now, this has been a very manual and one-to-one relationship with the machines. Having access to data from the machines changes almost every aspect of the person’s job.

“But the conversation with engineers is not about data and AI but about how they can keep the plant running,” he said. “It is the same for buildings and the facilities manager.”

He said the engineering process had been altered in a really significant way by AI, but AI was becoming just another tool that engineers used. “All this is creating an increasing amount of data,” he said. “The growth is exponential. The data cycle is going to continue to grow. But it is advanced analytics that let us take advantage of this data.”

As an example, he talked of a factory in which a conveyor belt was used to bring parts and goods to different workstations and take them away when finished. If any of the machines broke down, it caused some down-time, but if the conveyor belt broke down, then the whole factory stopped.

To make sure this did not happen, the company was now using cameras to monitor the belt and pattern recognition, and machine learning to look for signs of wear on the belt. This meant it could predict failure and schedule maintenance for convenient times.

And some companies were using the IoT in both products and manufacturing. Cosmetics company L’Oréal, for example, has a connected hairbrush that monitors how often the user brushed their hair and offers advice on hair care. The company is also using IoT at its manufacturing plant in Belgium to improve efficiency.

“We are starting to see real world examples of the use of IoT,” he said. Professional services company Accenture even has its own name for what is happening in the industrial world – Industry X.0, an extension of what is commonly known as Industry 4.0.

“Industry 4.0 is only a part of this, only the manufacturing,” said Ben Salama, Managing Director for Industry X.0 at Accenture. “We talk about X.0 that moves beyond 4.0 to use digital technology to analyse core businesses and opportunities.” He said industrial companies were very much at the beginning of this journey. 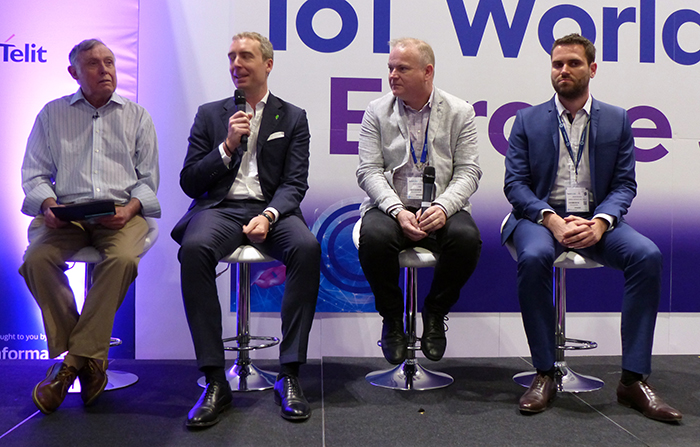 “Only a small number have a vision of where to go,” he said. “And an even smaller number are committing money to go on this journey. But it is no longer possible to sit back and wait for a technology to mature before you look at it. The pace of change is too fast. If you wait, you will be overtaken.”

However, he believes the world is fundamentally changing for industrial and manufacturing companies. “Products are changing and that is affecting the way they are designed and manufactured,” he said. “Fifty years ago, the entire value of a product was mechanical. In the future, the real value of the product will be the digital technologies around it. The physical product will become just a container for the value. The workforce is also different. There are now data scientists and software engineers, and in many cases companies struggle to attract the right talent.”

David Tawalkar, Senior Product Manager at software company SAP, believes it is no longer even just about the product. “It is not all about products in today’s environment,” he said. “It is about customer experience. In a factory, what they want is up-time for their machines.” He said this was about enriching the IoT data within a business context.

“If a machine has an issue,” he said, “the IoT can automatically create the service ticket and send it to the engineer. But IoT is only a part of this. You need interactions between various technologies to make sense of the data. It can interact with AI and machine learning technologies.”

The idea of working to a vision can be tricky with a technology that is so new. That is why Ben Steward, IoT Studio Lead at IR consultancy Deloitte Digital, believes the answer is to look at where the company is going.

“You should focus on what your business needs to do and how the IoT can help achieve that,” he said. “You need a business vision, not an IoT vision. Focus on the problem not the solution. It is too easy to get wowed by shiny things.”

One common theme throughout the conference was that the days of doing it alone are almost over. Companies now have to think about working alongside other companies, even competitors, to get the best out of the latest technologies.

“There is still a strong not-invented-here syndrome,” said Preiss. “In the digital world, there is no more doing it alone. We have to appreciate working in partnerships. Together is simply better and faster.”

Kevin Boverie, Partnerships Manager for Airbus, said: “You can’t work in this market alone.” Peter-Pugh-Jones, Head of IoT at consultancy SAS, added: “It is sensible to work with partners. An IoT ecosystem is a little different from normal alliances and partnerships. You need all the companies working together collaboratively to create value. If you don’t have that, you don’t have the value.”

And Stephen Mellor, Chief Technical Officer at the Industrial Internet Consortium, said: “You gain more by working together than competing on some little things.” Dominic Washington, Director of Product Strategy at Mongo DB, concluded: “IoT is not something you can buy from a single vendor. You have multiple vendors in this rapidly evolving field.”

People have been envisioning the factory of the future in science fiction for what seems like forever. Today, many of those visions are turning into reality as the IoT and modern connectivity are changing the way factories are organised and run. But the transformation is still in its early days, there are still hurdles to overcome, and there are many legacy factories that may stay that way.

But with a willingness to collaborate, the latest industrial revolution could come to pass.